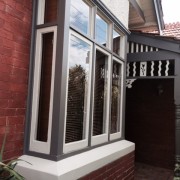 Brett is a 38 year old banking professional who has been on the look-out for his first home for the most part of 2015. So far he has commissioned Melbourne House Check to conduct three building inspections all prior to auction and all of which he missed out on. During this time the real estate market in Melbourne was extremely competitive and agents were exceeding their vendor’s expectations at auction. After Brett’s third unsuccessful attempt at buying, each of which he spent $590 each having a building and pest inspection, he decided that he had spent enough on inspections and decided not to have another. The next house that he was interested in looked great. It was in Montmorency and was presented immaculately and to the novice house buyer it appeared there was nothing wrong. Well, it turned out that he was the successful bidder and he bought the house. Because he bought the house at auction, the sale was completely unconditional, meaning that at this point a building inspection could not be a condition of sale. In fact, it is worth noting that in Victoria the law states that a sale that falls within three business days of a scheduled auction cannot be subject to any conditions what so ever. In Brett’s case he was satisfied he had made the right decision, however during the settlement period he researched the possible array of house defects and also the possibility of termites and the difficulty of detection. He contacted us at Melbourne House Check 7 days prior to settlement requesting that we conduct an inspection prior to settlement, simply for his peace of mind. Unfortunately what we found was astonishing. The house had major structural defects and termites were detected. Brett was devastated, and immediately attempted to withdraw from the sale. Unfortunately, another law relating to the sale of real estate in Vic is “Buyer Beware”, whereby it is up to the purchaser to conduct the relevant checks to establish the condition. There is no liability on the vendor to disclose defects in a house prior to the sale.

The defects in Brett’s house included an excavation by the vendor underneath the house in order to create more space. It was a steep block of land and the vendor had removed soil from the subfloor whereby the concrete footing was completely exposed. The excavation was also very close to stumps, rendering a further problem.

Upon conducting a timber pest inspection at the house termite activity was found also.

Brett was unable to withdraw from the sale and settlement took place.

Having an inspection prior to purchase is vital. Melbourne House Check conduct thorough building and pest inspections in Melbourne and can be contacted on 1300 729 352.